While the Wannacry Ransomware Attack was an extreme and coordinated campaign, it’s still far too common for ordinary people to be the victims of cyber attacks. Here are our top ten tips to thwart hackers in any part of the world.

Probably the last sentence you would expect from the QA lead of an advertising agency, but it’s true. Savvy hackers have used information found on social media to impersonate people in the past, learning the information necessary to change a password or access a bank account. How many people do you know that have reported a fake account made in their name? Most social media sites do not offer two-factor authentification, and while it’s a turn off for most, it’s actually for your own good.

The problems with Windows are not unknown, so consider switching to either a Macbook or a Chromebook. Wikileaks revealed the existence of Athena, a CIA hacking toolkit, part of its surveillance program. It has access from Windows XP to Windows 10. Thwart hackers with hardware.

Use security keys and Google Authenticator. Don’t rely on phone calls or SMS’s as even they can be intercepted. Also get the FIDO U2F Security Key. It’s available on Amazon. Have multiple security keys as backups. To secure your smartphone, use Authy because the code expires every 30 seconds (give or take) which means every time you get a unique code for each site. For sites requiring personal information (such as Gmail and Facebook), the option of two-factor authentication is present.

If you can afford it, get another device that is meant entirely for browsing the internet, but not for logging into Facebook or Gmail. That or install history erasers, malware detectors, and anti-virus programs on your devices.

Exactly what it says. Also, don’t open random emails or random links within emails. Thwart hackers in your own way.

If you have to, use a throwaway email address that in no way conceivable way relates to you. If not, you will never get off the political party’s email list. Your email address will get passed around and you will spend the better part of your life deleting donation solicitation emails. What the last US election made exceptionally clear is that the DNC was terrible at protecting its own staff’s emails from outside influence. It makes you wonder how secure the credit cards of all their donors were.

7. An alternative browser and search engine

Kind of counter-intuitive coming from a digital focused advertising agency, but in the context of this article, the advice is valid. Switch to a browser called Brave and a search engine called Duck Duck Go. Neither collects data because doing so doesn’t serve their unique business models in the slightest.

Just add a few more characters. Make colour combinations out of the #$%^& symbols what not. If you can, have different passwords for different sites. You can keep track of them with 1Password or LastPass.

Growing up with the Mission Impossible movies sure makes you feel cool use iris or thumb authentification, but hackers have not only found a way around it but very often, the system fails to detect the bio data in the first place. That happened with the Samsung Galaxy S8C.

Whether it’s a smartphone or computer, use a VPN especially if you’re frequently using the Wi-Fi at Starbucks. Also, update your home router system. 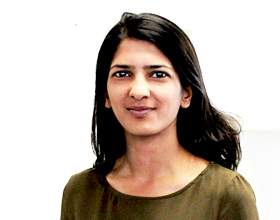 About the Author Manal Rahman

Manal has demonstrated exemplary successes in leading clients through business transformation; this includes improving the client’s technology delivery approach to adopt an Agile, iterative product delivery methodology. She can be reached on [email protected]
Website LinkedIn