What to Expect at Google Marketing Next 2017

Tomorrow, the first Google Marketing Next 2017 conference will commence. Based on years of advances and experiments within computer tech and machine learning, the SVP of Ads & Commerce will unveil innovations for AdWords, Analytics, and DoubleClick.

The conference agenda promises to unveil the means by which marketers on the advertiser and agency side will be empowered to improve efforts in customer outreach, understand campaign measurement, and increase overall returns on marketing investment. The most exciting of all will be the case studies in how advertisers have benefited from the Alpha version of Google Assistant, the voice app. My counterparts are eager to learn the digital go to market approach by which Google will launch the iOS version of this app on the App Store, venturing into an ecosystem where – first time – their app isn’t preinstalled on a device. So it will be fascinating to see how Google approaches app store optimisation.

Channelling the vibe of Facebook’s F8 Developers Conference, Google Marketing Next 2017 will undoubtedly address the constraints of its Daydream Virtual Reality platform at the festival, perhaps even with demonstrations around content and phone support. It may even address its post-acquisition plans for the Owlchemy Labs, the virtual reality gaming studio it acquired two weeks ago.

1. the best practices on event management,
2. the means to promote the event,
3. the right to order I/O Extended merchandise
4. ideas on event agenda like Hackathons (for seasoned developers)
5. ideas on the walkthrough for Codelabs (for fresh developers)

To attend the Google Marketing Next 2017, sign up for the Livestream here. 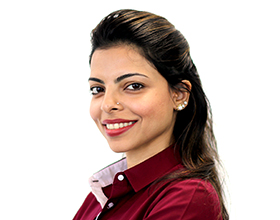