Industry Changes in May 2017

This was an exciting month for advertisers and agencies, with key players in social & digital ecosystems implementing massive industry changes with implications on their business models and values.

In a move to prove how serious it is about artificial intelligence, Google has announced the launch of a new venture capital investment platform that will be engineer-led. In similar news, Google wants to dominate the audio space early on and is offering US$ 10,000 to the developers that submit actions for Google Assistant. The apps will be judged on parameters that mirror that of the search engine’s ranking parameters i.e. relevance, utility, quality, and creativity. Winners of the prize will get not just the money but a chance to attend the Google I/O 2018 at Google’s global headquarters.  Both these announcement signal the lengths to which Google is willing to go in order to stay ahead of its competitors and reward the behaviours by which it will thrive. In a further effort to deliver relevant search results, Google’s Webspam Team published a post reminding marketers to distance themselves from tactics that seek to manipulate search rankings, insisting on the qualitative investment in earned Brand Journalism instead.

The world’s largest social network has expanded its partnership with Factual, the location data firm. This is just one of the varying moves being made to gather concise data on the proximity & location of the customer, context, and supplier of a need or want, bringing the two together where need be. Battling it out with Google, Facebook is vying to be the first preference platform among advertisers for driving footfall back into stores. The partnership extension with Factual will involve further reach expansion in both European and Asian marketers, both of which have not as severely been hit with the collapse of brick & mortar retail. But while the existence of Factual is lucky for Facebook, the nonexistence of a smart content sentiment analysis platform is a nightmare. The social network has admittedly struggled with policing the nearly one billion daily interactions, with human moderators at a loss to determine intent and context at scale. Businesses and startups that have to build an entire database around quantifying the intent and context of conversations have a golden opportunity to solve this problem for Facebook, one that is costing them advertisers and agencies. For a perspective on how to price such a service, consider Value Based Pricing.

The influence of the world’s most profitable multinational technology company headquartered in Cupertino is unquestionable now. Apple has managed to arm-twist Facebook into improving its Instant Articles pages so they can be understood within the format of Apple News. Lest the world’s largest social network lose the eyeballs of Apple fanboys and fangirls, the integration for a platform is a new step for Facebook, which has often been rigid in its adoption for competitors. Now site owners will be able to convert Instant Articles into formats that can be understood by both Apple News and Google’s Accelerated Mobile Project (AMP) pages.

So there you have it, three wide-reaching industry changes that will transform the way in which we market products, consume digital content, and attest to sentiment. 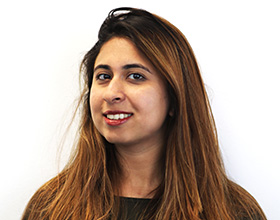 About the Author Rida Mason

Rida Mason is an account manager at Centric DXB. She is responsible for overall account health with a focus on campaign profitability, delivery, risk mitigation and resolution, and building, developing, and maintaining a strong campaign management approach across a specific portfolio of accounts. Aspiring clients and partners can reach her on [email protected]
Website