About ten years ago, Professor Ralph L. Keeney from The Fuqua School of Business, published a paper about the relationships between personal decisions and premature deaths in the United States of America. 40% of the 2.4 million deaths in the year 2000 were driven by human decision making and were avoidable. This sobering paper places the blame on technology and its impact on the human condition.

The inescapable conclusion of these results is that individuals have a great deal of control over their own mortality. And there is a silver lining as the world has embarked on a series of innovations that will help human beings make smarter decisions in their everyday lives whether this occurs by consumer Internet of Things, artificial intelligence or machine learning. The paper in questions points out that the human race is more than capable of avoiding smoking, being overweight, becoming an alcoholic, and saying ‘no’ to narcotics.

About a 100 years ago, only 10% of humans were capable on prematurely dying by their own decisions and today it’s 40% of humans. With every new innovation, the human race has found more ways to become obese, get diabetes, drive while distracted and activate depression by being exposed to social media.

We believe that technology has the capacity to amplify the human condition and that mature human beings will recognize that their mortality in within their own control. We also believe that those that are waiting for external forces to save them are not worth the trouble. Plenty of innovations is positively impacting the feedback loop that moves society forward. Medium is a great example of this. You write something, somebody appreciates it, you feel good that a creation is being acknowledged, you return the favor and the process grows. 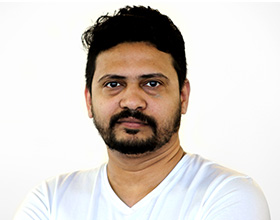