Here’s What Google Has Updated So Far in June 2017

Like Criteo, Google has announced the reemergence of its header bidding program. Adding more than 100 publishers to the program, the company has graduated from the beta phase with successful results for publishers and advertisers alike. Facebook has also shown an interest to do so, integrated with its Instant Articles program. The effort will be expanded through the Facebook Audience Network to attract quality publishers. Advertisers dealing through Google will now have more options and auction for bids even when they compete with the inventory on the DoubleClick Ad Exchange. With the priority on speed against the competitors in the programmatic landscape, Google is hoping that DoubleClick is the header bidding platform of choice for advertisers and publishers. Participating publishers reported double digital increases in revenues due to ad sales derived from the programmatic channel. When it’s not helping publishers earn 40% above regular eCPM’s, Google is also experimenting with offering advertisers access to data that shows which mediums and touchpoints across the buyer decision journey, assisted in a sale. With less emphasis on the copy and creative, and more on the Google products utilised, the new attribution tools will be helping advertisers track their prospects to the final point of sale. The only problem is that for non-Google platforms, Google will only be able to gather partial data, mostly due to its own walled gardens. So while the announcement is interesting, it cancels out advertisers that drive assists from the likes of Facebook, Yahoo, or even Snapchat. In all likelihood, early data reports will be inaccurate. And finally, Google’s machine learning algorithm that is grounded in relevance for the user has updated the algorithm to favour website landing pages that have content that reflects exactly what was searched. Further, the landing pages must load fast and pass Google’s PageSpeed tests. It also found that the landing pages must avoid keyword stuffing and to do so will lead to a penalty. This should come as welcome news to content writers that have been overemphasising the spam-like nature of unnecessarily over mentioning SEO keywords in all manner of meta descriptions. The algorithm justifies this by noting that a repetition of keywords in unnatural in the human language, and signals the engine that someone is trying to game the system. SEO leads should take note. 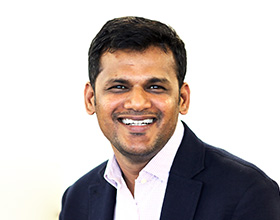