Despite adoption by private institutions, the acceptance of Bitcoin in the public sector has been inconsistent, with some valid reasons. The ongoing WannaCry Ransomware Attack doesn’t help one bit. Last week, on the 12th of May, a ransomware computer worm dubbed WannaCry was released against the Microsoft Windows OS. My understanding is that the victims, in Russia and China, were using illegal copies of Windows. The worm is concealing data and demanding Bitcoin in exchange for its release.

Last week, on the 12th of May, a ransomware computer worm dubbed WannaCry was released against the Microsoft Windows OS. My understanding is that the victims, in Russia and China, were using illegal copies of Windows. The worm is concealing data and demanding Bitcoin in exchange for its release.

Why Bitcoin you ask, why not one million dollars?

That’s because Bitcoin is based off Blockchain, a distributed database that is the soul of Bitcoin. Payments are harder to ransom demanders are difficult to track. It’s likely that most of the people that received the WannaCry Ransomware Attack have no idea how to obtain Bitcoin, where to go to convert Bitcoin or afford the fees for doing so. Online forums indicate that most victims have rushed to pay by any means necessary and started upgrading their restored systems. To block the exchange of mainstream currency into Bitcoin, (dropping the value of one at the benefit of the other), I suspect worldwide governments concerned with the value of their currency will take steps to shut down Bitcoin. This includes Bitcoin exchanges and clamping down on any backdoor channels.

The negative publicity and analyst predictions mean that many are dumping their Bitcoins, hurting the price substantially due to hurt sentiments. Truthfully, it can never be outlawed, but only face value degradation after being declared a soft currency. The value losses a reminiscent of the crash of 1929 which had similar minor drops. Outlawing Bitcoin before the WannaCry Ransomware Attack ends could mean that large data files will be destroyed by the perpetrators in their quest to obtains payments from the rest.

The one way Microsoft is indirectly benefiting is that fewer people will be willing to potential have their data comprised due to using illegal copies of Windows. So Microsoft may see steady switches to its paid plan. On the flipside, the attack makes it clear that Microsoft is vulnerable to such attacks.

I have a sneaking suspicion that the WannaCry Ransomware Attack to be the basis of many new startups and ventures that promise to backup systems on disconnected servers that are invulnerable to worms.

Hang on to your coins! 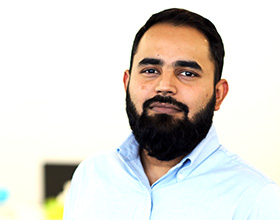